Worm Food Warmed Over With the Light of God

Coming out on the other end of Bright Week, one thing in particular has impressed itself upon me...

We are "those in the tombs." This is particularly important to me because, as opposed to previous Holy Weeks (and even Lents), this little "flash" of realization was one of the few to dwell in my conscious arena during these holy days (another one of these rare jewels is just a couple posts down). This time around the Great Fast and the Feast of Feasts was marked by a noticeably lower level of desire to pray, a greater desire to actually break the fast in terms of eating...in short, less "emotional connection" to the words of the services and the spirit of the season. Which, while it does serve to remind me, as I so eloquently said to a fellow parishioner, how much I suck at this whole asceticism thing (also a valuable impression to take away from the season), it is also actually a sign of growth, as now the immediate "warm fuzzies" gratification feeling is being withdrawn and I'm entering the dry seasons where obedience is still expected but results may not be seen, be they emotional, moral, or any other kind. So, bearing this in mind, you can see how it was with a grateful heart that when I stood before Father Basil as he blessed us all with the trikirion and chanted the Paschal troparion, that it really sunk in that I was one of those in the tombs, that without that Paschal light and life bestowed upon me, I would be, as it's been so eloquently stated, worm food.
Posted by Fr. David at Sunday, April 30, 2006 1 comment:

This is the day of Resurrection!
Let us be illumined, O people!
Pascha! The Pascha of the Lord!

Let all the nations hear:

Ladies and gentlemen, as Orthodox Christians exit Lent (tonight) and enter Holy Week (tomorrow), I've decided to fast from reading or writing on anyone's blog until Pascha (the Greek word for "Passover," or our celebration of Christ our Passover's resurrection--April 23rd this year).

For those of you who aren't already regular readers of Father Joseph's ORTHODIXIE blog (there's a link down to your right), you can start with a wonderful synopsis of Orthodox Holy Week on said site.

May Christ our God bless those who are currently preparing to greet Him at His resurrection in two days, and all those who will greet Him on the later date. See you in 8 days.
Posted by Fr. David at Saturday, April 15, 2006 2 comments:

Me, in a Stichera

Last night in Presanctified*, our attention was directed to Lazarus, and the first stichera** really blew me back a few steps. See if you can't find yourself in this one:

I am rich in passions; I am wrapped in the false robe of hypocrisy. Lacking self-restraint I delight in self-indulgence. I show a boundless lack of love. I see my mind cast down before the gates of repentance, starved of true goodness and sick with inattention. But make me like Lazarus, who was poor in sin, lest I receive no answer when I pray, no finger dipped in water to relieve by burning tongue;// and make me dwell in Abraham’s bosom in Your love for mankind.

Find the rest of them here.

* The Liturgy of the Presanctified Gifts is celebrated every Wednesday of Great Lent; a double portion of bread and wine are consecrated to be the Body and Blood of Christ the Sunday before--Sunday is the day of Resurrection and therefore a celebration, even in the midst of Lent, the weekdays of which are much more penitential and therefore devoid of such open rejoicing--and this second helping of the Body and Blood is set aside from Sunday to Wednesday night, when it is carried to and received by the faithful.

** a stichera is a verse that is chanted by a reader (or sung by a choir) between the sung verses of penitential psalms at the beginning of a vespers service.)
Posted by Fr. David at Thursday, April 13, 2006 1 comment:

My friend ALAN (no, he's not a bishop; he just signs his name like one ;-)) at Rhoblogy has offered a lovely, one-sentence synopsis from a mutual friend of ours re: this document that, of course, is getting more press than it deserves. Why does everyone ask orthodox (and Orthodox) Christians "what they think?!" of this? Um...I dunno...same thing St. Paul did?

"For the time will come when they will not endure sound doctrine; but after their own lusts shall they heap to themselves teachers, having itching ears; And they shall turn away [their] ears from the truth, and shall be turned unto fables." 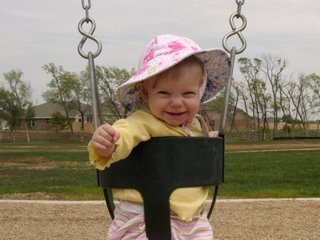 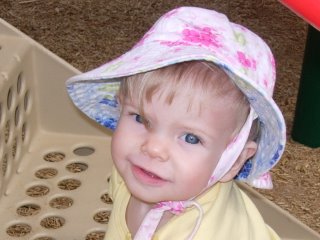 Of all the reasons I have to be grateful to God in my life, the little stinker pictured here is, hands down, the most obvious one. I'm amazed at how beautiful she can be.
Posted by Fr. David at Thursday, April 13, 2006 4 comments:

Prayers for Love of Enemy

Without going into specifics, I'd like to ask for prayer from all of you for an issue regarding someone in my life to whom, in the spirit of Lent (reconciliation and all that), I am going to attempt to reach out to in charity in the next few days. I have no idea how this is going to be received by this person--my gesture may be received with gratitude (albeit a confused gratitude, since all the contact we've had has been rather hostile), or with derision--but regardless, this needs to be done, for my own sake as much (if not more) as the sake of this person, since my thoughts towards this person have been cruel, dark, and hateful lately.

Please pray that I might "offer the olive branch" with a pure heart and repentance and, whatever the outcome on the other person's end, I might at least find peace towards this person in my own heart.
Posted by Fr. David at Monday, April 10, 2006 3 comments: 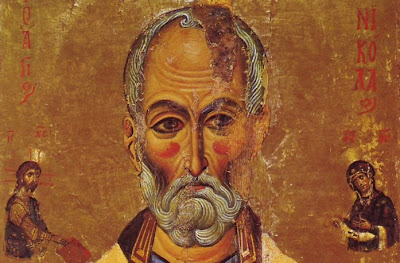 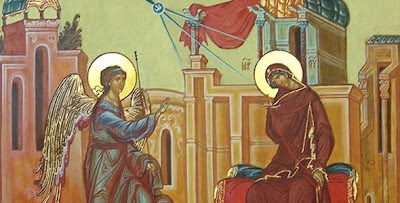 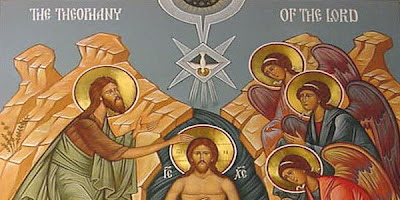 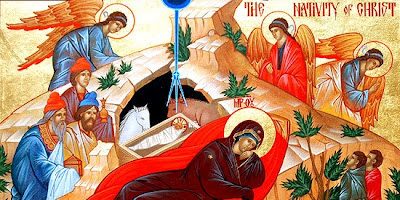 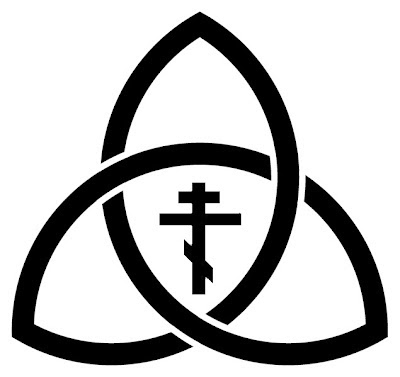 I Hate Them Because They're Greedy Corporations, or, Immigration, Parte Dos

My good friend and fellow watcher of Latinamerican happenings Bryan Pitts beat me to the punch with his comment on my recent post...I was just about to post an "upon further reflection" post on the immigration issue when he posted his thoughtful opinion...

I have to admit that, in the words of a repeat-offender Mexican immigrant, immigrants are "like cats" who will find a way over or around any physical barriers. Recent newspaper articles--as well

as this book Audra and I are currently reading--have, over the past weekend gotten me thinking that incentives, however great or small they may be, are the key to solving this (and most any) interpersonal problem...and that physical barriers on our southern border are, in this case, an ineffective incentive for illegals to stay out of the US.

Why is this? And what would be a better deterrent (or, at least, a better solution) to the economic and

logistical problem posed by illegal immigration if a physical wall would do little to no good?

I think, as does Bryan (yes, that sounds schizophrenic), that "until we come up with a reasonable and enforceable temporary worker system that requires [illegals] to pay taxes on their wages, it is going to keep happening like it is now." I would be more specific, however, that a part of said worker system must include stricter regulations on American businesses as they stand now. Many American industries--namely, the

stereotypes of lawncare, maid services, construction, farm working, etc--almost fearlessly maintain a good part of their workforces via illegal immigrants, and go largely unchecked by the government. The fact that they are doing so (and going virtually unchallenged) baffles me a great deal -- it only comes in second to the fact that, by and large, this fact goes largely unreported by the press. My immediate reaction would be to link our government to their big-business bedfellows, but I digress...

Regardless, heavy penalties to deter businesses seem to be in order to send the message that the hiring of illegal immigrants for cheap labor will not be tolerated...as I said, though, you won't find this component of immigration reform in most newspaper articles.

Truly, until images like these are no longer the case in the United States, we will have no one but ourselves to blame for the problem of horrifically disinfranchised latino workers doing the only thing they know how to do to survive. Their incentive to

come over here must either be taken away through government pressure, or their work in this country must be counterbalanced with appropriate tax deduction from their reasonable (by American standards) wages.
Posted by Fr. David at Monday, April 03, 2006 3 comments:

Prayed the Akathist hymn tonight with Audra. What a gorgeous trek through the mystery of our salvation that is the Incarnation, and what a blessed experience to pray it exclusively with the woman who--it still blows my mind--is my partner in and witness to our life together in Christ...a life made possible, tonight's hymn stresses, by the initial assent and continual prayers of the Holy Mother.